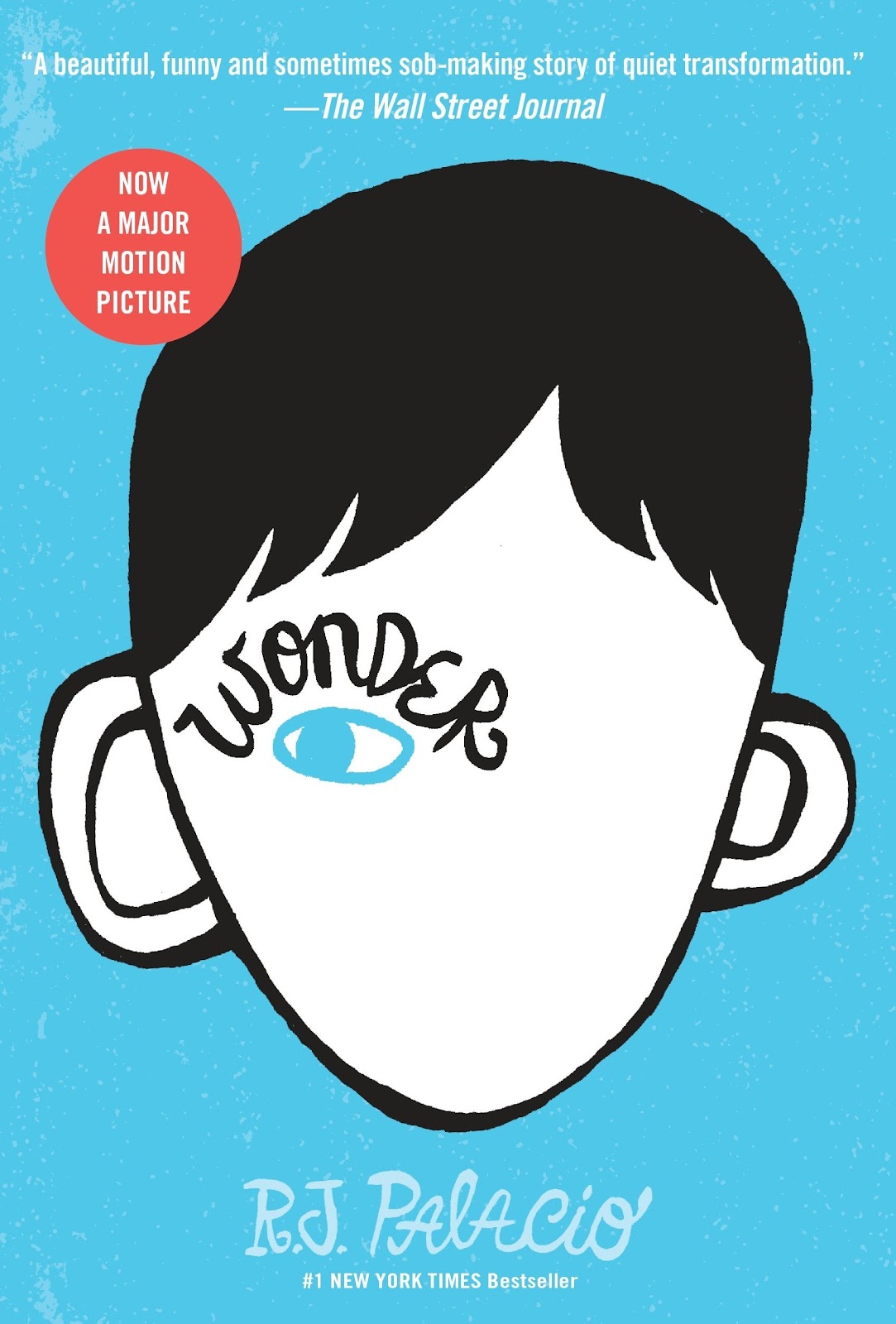 Hello everyone! Do you like where a person in school that is starting, everyone hates but then slowly he’s everybody’s friend? Well you would love the book called: Wonder!

August, is a 10 year old boy. Now, you may think he is handsome, but no he is not. His face is deformed. He was born that way. And it looks like his face got on fire. Because of the way his face is, his parents did not send him to school. He was homeschooled by his mother. But when he was 10 years old, his parents decided to stop protecting him like he was a new born baby and send him to an actual school, just like his sister Via (Which is short for Olivia) goes. At first August did not want to go. But his parents said that whenever he wanted to stop, could. So, he went. On the first day he made a friend named Jack, who gave him  a tour of the school when he visited last month . He also met a girl named summer who became his friend. He had fun with them. But it was hard facing middle school. Hard facing Julian (another boy who gave him a tour of the school last month. When August first started school he was mean). It was hard facing everyone who didn’t want to go near him. Jack and Agust got into a fight. They became friends again when winter break was over.   Julian said bad things about August which made Jack angry. It made him punch Julian in the face. This incident caused war between the boys. Will Jack and August win the war and will everyone be friends with Jack and August? Or will Julian win the fight and will everyone be against Jack and August? August has to escape the smoking 7th graders, escape from trouble, escape from Julian, and most importantly: SURVIVE MIDDLE SCHOOL!!!

Survive middle school! Harder than it sounds! I hope you enjoy this book review. Later till next time!