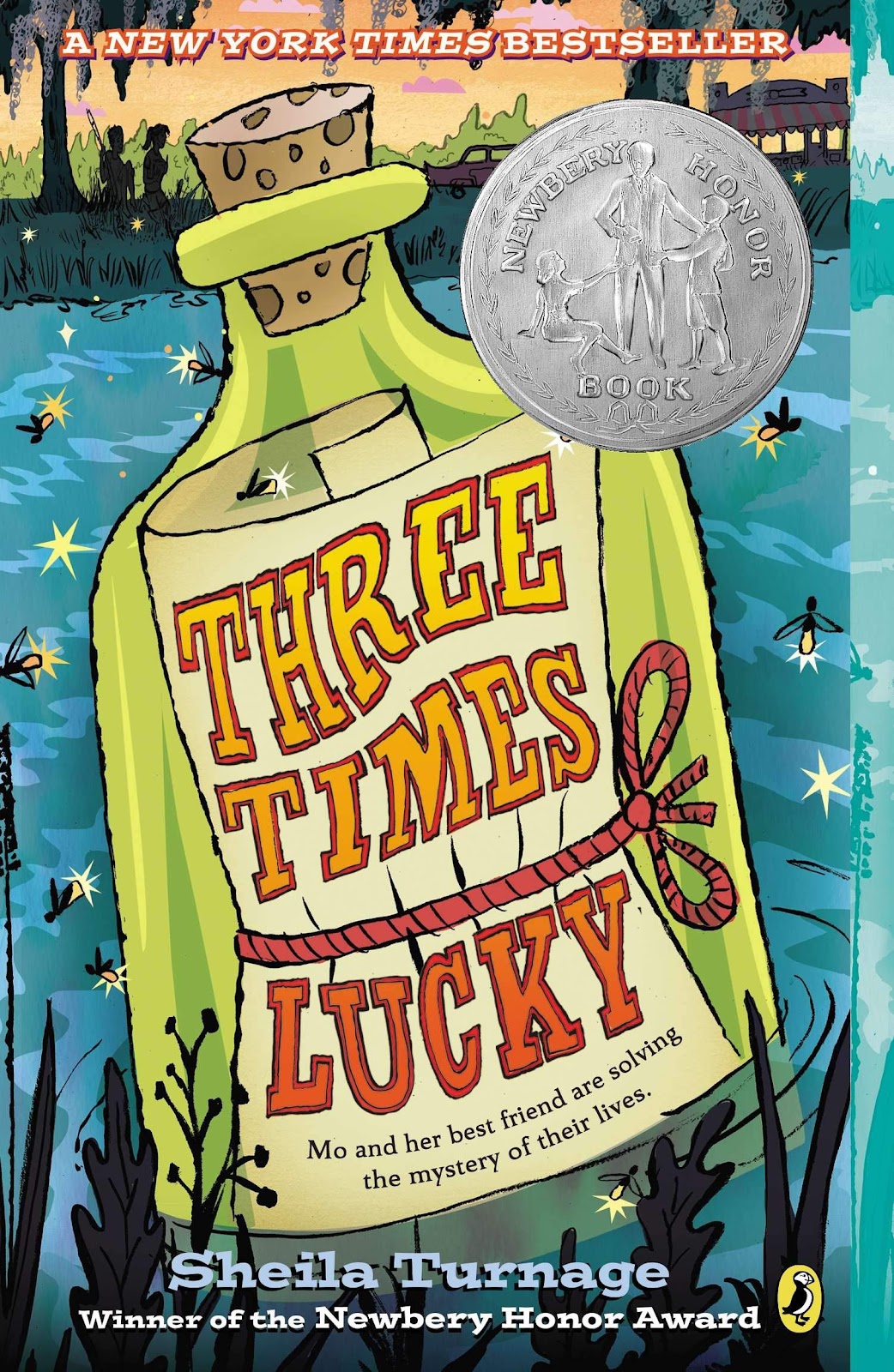 Hi! Today I will be writing a review about a famous book that a lot of people probably heard about: “Three times lucky”.

Mo LeBeau is an orphan raised by Miss Lana and the Colonel. Mo was born when the meanest hurricane in history happened. Her mother tied her and sent her flowing into the lake. Then the Colonel and Miss Lana found her, and adopted her. Mo had been with them ever since then. The Colonel and Miss Lana own a cafè. Their house is on the back side of the cafè. People say to Mo that she was born unlucky, but Mo thinks she was born three times lucky. Everything was going on fine. Until Mr.Jesse, one of the cafè’s daily customers, was murdered. It scared everyone. A detective agency sent a detective named Joe Starr to investigate the case. The Colonel didn’t  like the detective. Mo was sad when the murderer murdered Mr. Jesse. So she started her own investigation with her best friend Dave. She survived a lot of dangerous stuff in summer. Survived a car crash, caught the murderer, and saved Miss Lana and the Colonel from the murderer. Find out who the murderer is by reading this book and getting your emotions melted. The summer turns into an unexpected turn.

I give this book 5 stars. I really enjoyed this book. I hope you enjoy it as I did!