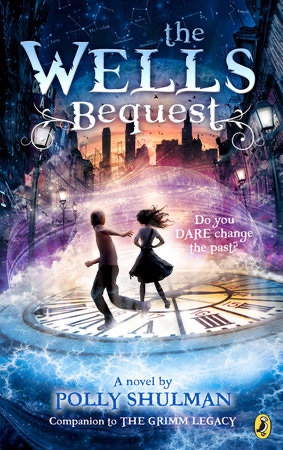 Leo likes science like the rest of his family. One day, he has trouble thinking of a project for the science fair. While he was thinking, something came into his room, not through the door but the window. He looks at the thing and sees two tiny people. One is the most beautiful girl he has ever seen, and the other person is, believe it or not, Leo! Mini Leo. Mini Leo tells Leo to read the time machine book by H.G. Wells. And they both disappear. Leo goes to the New York repository library (the library his science teacher suggested to go, to research about robots for the science fair) to research robots, he sees the same girl who was riding the time machine with him! He finds out her name is Jaya. Leo likes Jaya but another boy named Simon likes her too. So it’s difficult to get close to her when Leo joins the New York library. When Jaya finds out Simon had cheated to get Jaya to win, Jaya gets mad and makes him fired. Simon is sad, and he wants to get the time machine so he can go back in time and fix the mistake he made. That machine is the same thing that Jaya and Leo are trying to get after. Leo told Jaya about what he saw in his bedroom. When Jaya and Leo get the time machine, Simon threatens the library that if they don’t hand over the machine, he will destroy New York City with the death ray. A death ray is a machine that kills people if you press a button on the machine, and it is very dangerous.  Now Jaya and Leo have to go on a dangerous adventure to go back in time and stop Simons great-great-great-grandfather to stop stealing the death ray in Tesla’s lab. And they have to be careful to not alter the past, if they do, both of them would have, maybe, never been born.